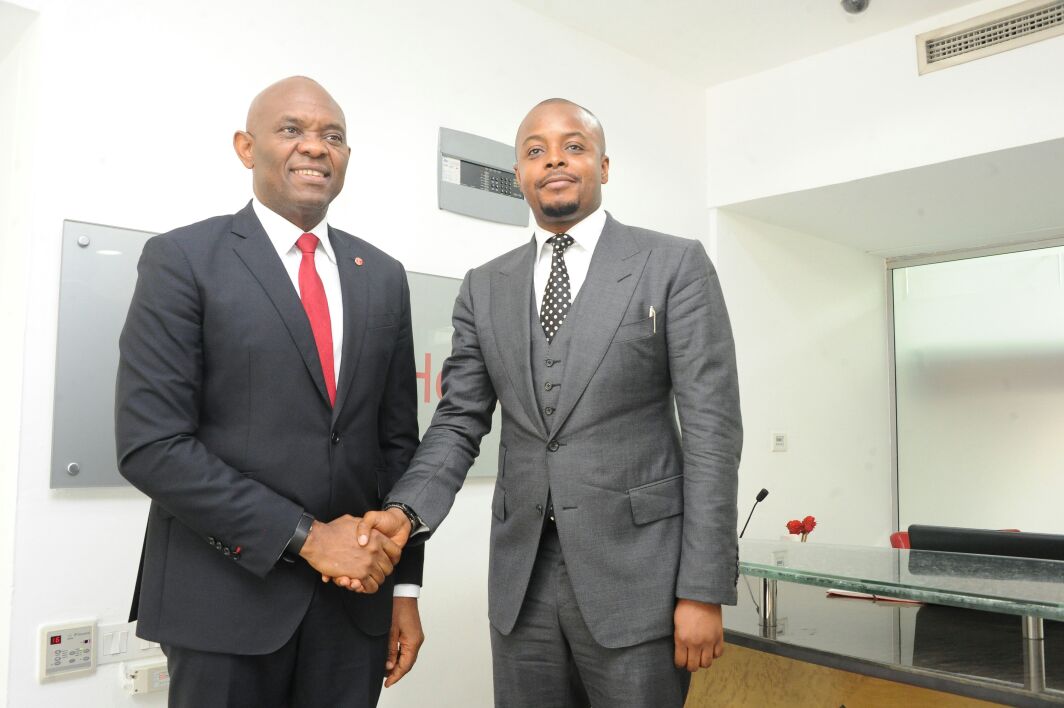 Chairman of Stanel Group, Stanley Uzochukwu, over the week honoured his mentor, Tony Elumelu in a courtesy visit with a team of his staff in appreciation of his mentorship. The Chairman, United Bank of African (UBA), Transcorp, Heirs Holdings, Anthony Elumelu was said to have inspired Stanley through his inspirational words when the duo met for the first time at a Maritime Security Retreat held at the Aso Villa, Abuja in 2012. 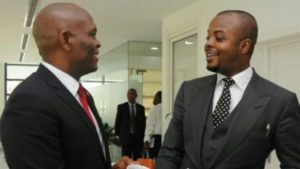 The meeting also had in attendance the former president Goodluck Jonathan and the former finance and coordinating minister, Dr Ngozi Okonjo Iweala, Stanley was just 28 and the youngest entrepreneurial mind in the meeting.

The history making event which took place at the Heirs Holdings’ head office, Ikoyi, Lagos was spiced up with a colorful presentation of achievements by the chairman, Stanel Group who wishes to show appreciation to Elumelu and also to acknowledge his mentorship.

In his presentation, the chairman, Stanel Group and popular philanthropist, Stanley Uzochukwu, noted that those inspirational words that triggered his vision were “believe in yourself…,” “only entrepreneurship can create opportunities where non seemingly exist” among others. “Those words sunk into my head and motivated me to press further into investing in the oil and gas sector,” Stanley said.

Uzochukwu also disclosed that “Stanel Group is one of the fastest growing companies in the oil and gas industry as a result of those inspirational words.

“Since inception in 2011, Stanel Group has expanded and diversified into rendering other basic services within the sector. “Stanel Oil is not only rendering services but now also offering its products ranging from high standard and customised gas cylinders in different sizes affordable even to the poor, Stanel Engine Oil and Stanel tires that can now compete with any standard in the world.”

Congratulating the young billionaire on his impressive achievements and speed of success so far within the space of 6 business years in the highly competitive industry, Elumelu commended him for his burning passion to make a difference in his generation at his early age. “Stanley, I like your humility. You are humble and I am proud to be your mentor as you have proudly identified with me as my young mentee. “You started very young and you have gone this far because you are focused, passionate, disciplined and determined. “My advice for you is that you should remain focused, futuristic, determined and above all keep your discipline and integrity.