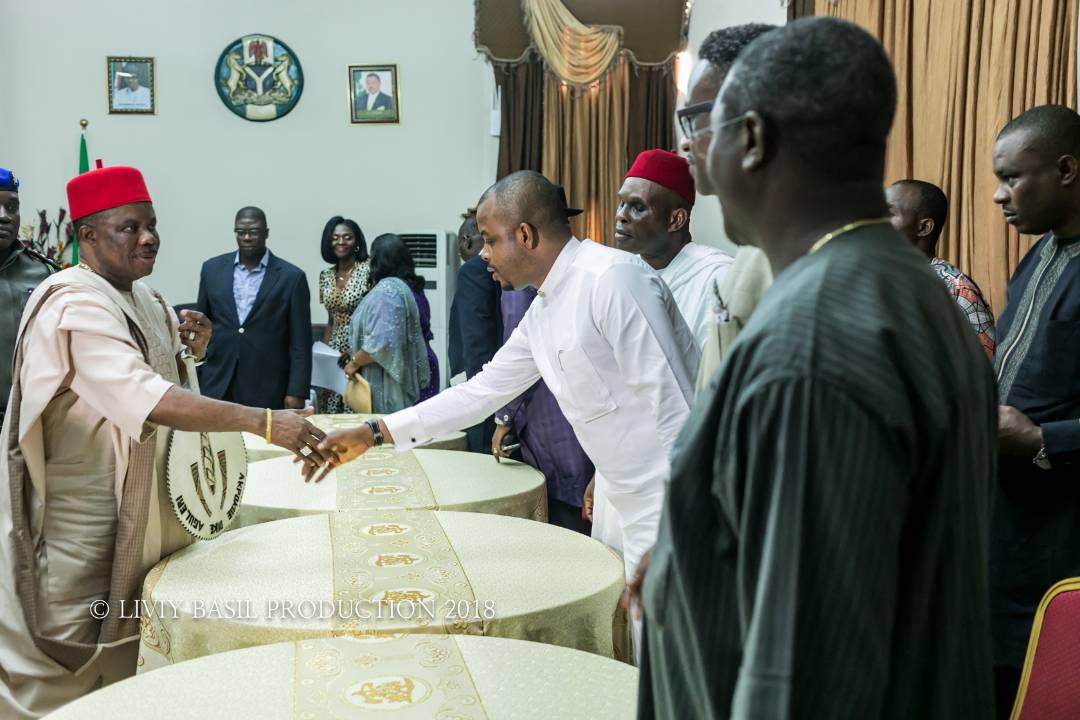 The Governor of Anambra State, Chief Willie Obiano on Monday appointed and inaugurated a 9 member governing board to man the affairs of Golden Tulip Hotels, formally known as Agulu Lake Hotels situated in Agulu, Aniocha Local Government of the State.

Gov. Obiano congratulated the appointees and charged them to serve Anambra with the best of their abilities. The governor particularly recognized the youngest board member, Chairman of Stanel Group, Mr Stanley Uzochukwu whom he described as a “business expert” and a “man with a golden finger.”

He said whatever business Uzochukwu ventures into flourishes hence, he has considered him a member of the board irrespective of his age but base on his mighty business mind, landmark and blueprint in Anambra State economy.

The members of the governing board are made up of successful business experts who have wealth of experience and also made tremendous landmarks in different fields of human endeavours.